Justin Bieber and Selena Gomez were spotted looking cozy on the red carpet at the 2011 MTV Video Music Awards on August 28. 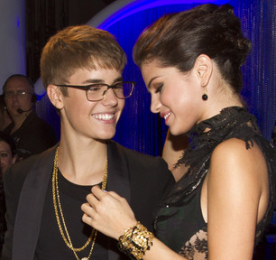 The “Wizards of Waverly Place” star was playing host for the pre-show festivities when her beau showed up for an interview. Justin kissed Selena and introduced his snake Johnson to the world. Meanwhile, Justin ended up taking home the MoonMan for Best Male Video for his clip “U Smile.”