Justin Bieber revealed the top of his Christmas list — to celebrate holidays with his family in Canada. 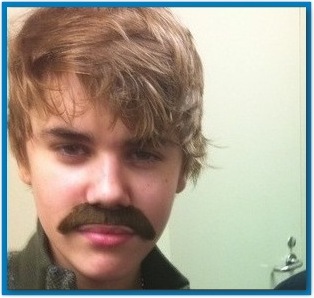 The “Baby” singer, who spent much of 2010 on tour, is hopeful that being nice throughout the year will lead to lots of Christmas gifts.

Meanwhile, Justin was sporting a bushy moustache with a roadie backstage at his gig in Birmingham, Alabama. The comedy facial hair was a gift by one of his fans.