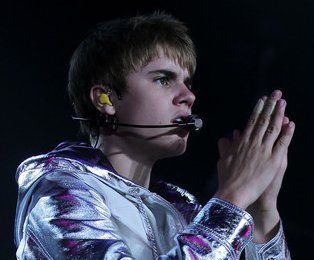 When asked by Time magazine on who he thinks is the most influential person in the world right now, the “Baby” singer thought it has got to be Charlie since he got a million followers in one day on Twitter plus he got tiger blood and always winning. Despite Justin’s vote, Charlie wasn’t included in the final cut Time 100 list of the “100 Most Influential People in the World.”