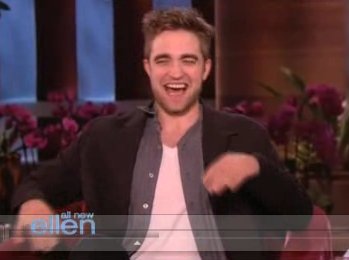 The “Twilight” hunk only had one pair left, which are “Ellen” underwear. He was doing a big fight screen and he felt his a** is constantly hanging out. Every single shot has these Ellen underpants and producers called his agents, saying: “I don’t know what he is up to but I don’t like it!” Robert was rewarded a basket full of Ellen underwear.