Justin Bieber wouldn’t date Oscar nominee Hailee Steinfield because at 14-years-old she was too young for him. 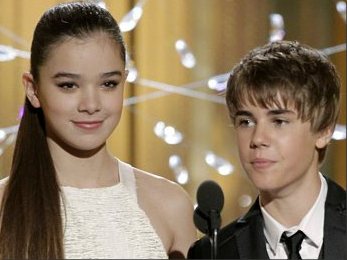 The “Baby” singer thought that “True Grit’ star was cute but he ruled out the possibility of having a relationship more than a friendship because of the age gap.

Justin previously wrote his congratulations to Hailee last week after finding out she had been nominated for an Academy Award.