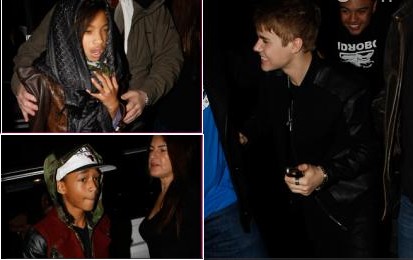 The group recently attracted fans and photographers when they made their way into the swanky UK restaurant.

Meanwhile, Justin appeared enthusiastic while attending the unveiling of his new waxwork at Madame Tussauds in London, England.