Despite his worldwide stardom, Justin Bieber’s Vanity Fair cover became the lowest-selling issues of all time. 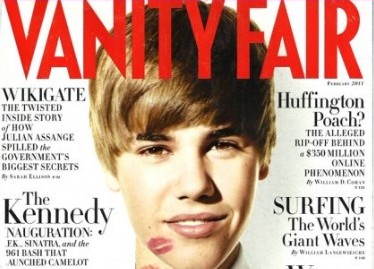 The “Baby” singer, who graced the February cover of the magazine, officially has the worst-selling issue in 12 years after selling 246,000 . He earned a spot next to jointly poor-received Vanity cover men Will Smith and Harrison Ford. The Bieber fever didn’t help him to boost magazine sales because his October 2010 Teen Vogue cover sold 12% below the average along with his April 2010 People cover, which became the third worst seller for the magazine that year.