Justin Timberlake, the singer of “Sexyback”, declares that celebrity tabloids are despicable for turning his personal life into gossip. The singer revealed, “I despise what they do.” He added, “They create soap operas out of people’s lives. It’s a spin game, and I choose not to take part in it.” 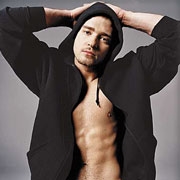 The singer did not want not to talk about former girlfriends Britney Spears and Cameron Diaz, when he said; “I would never say anything bad about anyone. I love a lot of those people.”

As for his music, the singer revealed, “I tried so hard to be an R&B artist and it was the pop album of the year. That’s the last thing I wanted. But I was like, ‘So everyone considers me a pop artist?” The singer added, “I’m going to do whatever I want to do.”