Salma Hayek, a Hollywood actress, is stunned to find herself a sex symbol in the U.S. It is because when she was growing up in Mexico, she was considered as “deformed.” 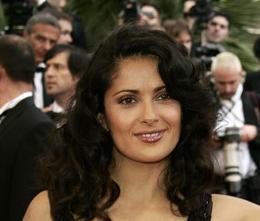 The 40-year-old actress, who recently announced her engagement and pregnancy, revealed that she was deeply unhappy about her looks. It was because she was regarded the opposite of true beauty.

Salma Hayek said, “I have had my struggles. I am five foot, two inches and in Mexico it was important to be tall. I grew up in a world where beauty was not only tall; it was white and blonde with blue eyes. And I’m dark, have brown eyes and brown hair and I’m short. She added, “People used to say that the short thing was a deformity. I was really upset about my height.