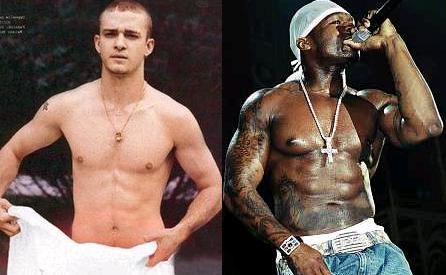 Justin and 50 Cent will reportedly film the video for the song this weekend with Los Angeles director Joseph Khan. It will see the pair star as sex-obsessed ‘Matrix’ style secret agents who spy on women.

The source added, “They will wear hi-tech gadgets and night-vision goggles which enable them to see through the girls’ clothes. It’s a cat and mouse situation with car chases and gadgets galore but spying on the girls is the main theme. It will be creepy and sinister. They are going to push the envelope.”