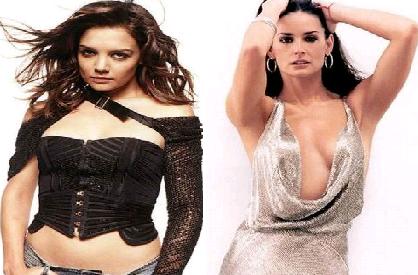 Marshall is also said to be keen on reteaming with his Chicago stars Renée Zellweger and Catherine Zeta-Jones for the project, which recently scored rave reviews on Broadway with Antonio Banderas in the lead role.

Marshall has directed both Renée and Catherine before in the Oscar-winning ‘Chicago’.

Katie Holmes is not known for her singing talents, and has previously struggled to stay in tune when performing the song ‘On My Own’ from long-running hit musical ‘Les Miserables’ for an episode of ‘Dawson’s Creek’.

Marshall has previously said: “‘Nine’ needs to be created specifically for the talent involved, to suit their strengths. Casting will be a big issue here, and if commitments complicate things, it will be 2009 before it gets going.”