Justin Timberlake gave a pizza treat to his customers after dropping by at the merch shop on February 8 in New York City. 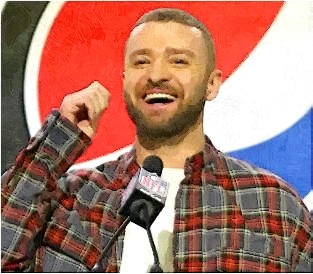 The “Sexy Back” hitmaker checked his “Man of the Woods” merchandise. It includes items such as a black hoodie and stylish denim jacket, along with black Nike pants, sneakers, and a beanie. There were customers and fans in his pop-up shop so the singer let them have a treat of dozen boxes of pizza. His store would be opened from Friday to Sunday. It also showed 16 brand collaborations, each paired with a song from his new album. Meanwhile, Justin made his promise to give a secret signal to Ellen DeGeneres, including a wacky shoulder-tapping dance and rubbing his stomach in a suggestive way. The talk show host made a request to the singer before his Super Bowl performance. Now, she concluded that Justin sure knew how to make a girl feel special.