Kanye West may have made a lot of boasts in his career, but claiming to be the new King of Pop following the death of Michael Jackson is not one of them. 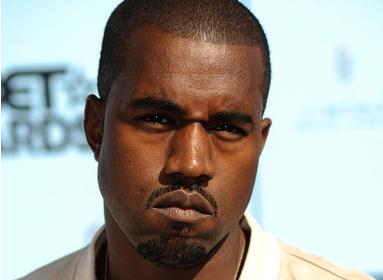 The superstar rapper hit his official Web site to shoot down rumors that he’s taking the title from the late Michael Jackson.

“I was just listening to (radio host) Wendy Williams and heard some quote about me saying I’m the new King of Pop,” he wrote. “Not only did I not say that, I haven’t said anything.”
Story continues below ↓advertisement | your ad here

West also blogged that it upsets him that people would think he would make such a statement following Jackson’s death.

“It makes me feel bad that obviously I made people feel that I would be corny enough to say something so whack after the passing of an idol, a legend and more than that a human being with feelings and a family,” the star continued.

The “Stronger” performer said he is angered that the fake comments went viral on the Internet.

“It scares me to think what people will believe, without even a source,” he wrote. “Any random person can type something on the Internet and then the world believes it. I don’t talk to press or do TV or do promotions of any sort. I’ve stopped chasing and buying into fame. Fame is like cigarettes with no surgeon general warning. It destroys most people as it did to the true and only King of Pop. We exploit ourselves and eat our own egos ‘Till there is nothing left.”

And, West — who has previously blogged about being satirized on “South Park” and spoken out on other issues — vowed to no longer address the rumors about him.

“I have a feeling that this won’t be the last false statement with my name on it, but this will be the last time I defend myself. I’m done,” he wrote.