Kanye West ends his a free concert in Yerevan, Armenia when he jumps into the Swan Lake. 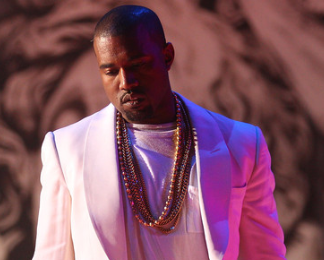 The singer joins his wife Kim Kardashian, who keeps in touch with her Armenian roots and travels in the Armenian city. He sings his six songs namely, “Stronger,” “Jesus Walks,” “Power,” “Touch the Sky,” “All of the Lights and “Good Life.” When Kanye decides to end the show, he dives into the lake. Then the fans follows him as they leap to the water too. The cops has to close it but the scene will be a good footage to promote Kim’s reality show.