Kanye West faced legal action from a songwriter in Maryland and accused the star of stealing his hit song “Good Life.” 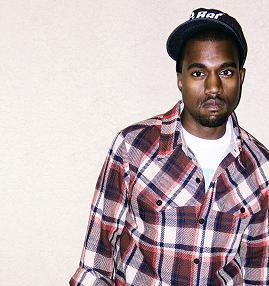 The “Stronger” singer is being sued by songwriter/producer Dayna ‘D’Mystro’ Staggs for copyright infringement, claiming West “didn’t obtain a licence” to sample his record Volume of Good Life for the track.

In legal papers filed in Maryland District Court last week (20Mar08), Staggs goes on to state that West was “only at the age of six or seven years of age (sic)” when his song was written.

He has also objected to the “vulgar and offensive” images associated with the song, which featured on West’s third album Graduation, claiming it “harms the reputation” of his inoffensive tune.

Staggs is demanding 85 per cent of all world sales of the proceeds from Good Life, although he fails to detail exactly how he arrived at that figure, reports tmz.

Kanye West is named alongside his various record labels, including his own G.O.O.D.

Music and Shawn ‘Jay-Z’ Carter’s Roc-A-Fella Records in the lawsuit.