Kate Middleton, the former girlfriend of Prince William has topped a list of the most fashionable celebrity hat wearers in 2007. 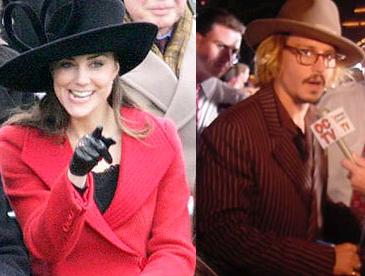 Also on the women’s list were Nell McAndrew, the Duchess of Cornwall and Jennifer Lopez.

The top hat wearers are: