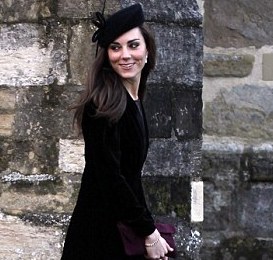 The brunette beauty was also seen while buying a margherita pizza from Pizza Express at the Waitrose supermarket on the Isle of Anglesey on Tuesday.

Meanwhile, Kate and Prince William became the subject of a new biographic comic book. “Fame: The Royals,” which will be released on April for $3.99.