Kate Moss, a British supermodel, is desperate for former lover Pete Doherty to return two videotapes documenting their unusual daily activities. It is because she doesn’t want to be humiliated. 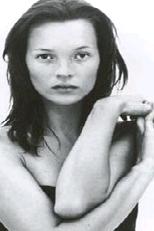 The supermodel is said to be anxious about the whereabouts of the missing video diaries, as she fears they could fall into the wrong hands and end up on the Internet.

The 33-year-old supermodel is allegedly worried that the Babyshambles singer could resort to selling the footage for money after experiencing a relapse in his efforts to kick his heroin habit.

A source revealed, “There are still some bits and pieces floating about of Pete with Kate. She has got rid of most of it. Six out of eight tapes have been destroyed. But she wanted to bury the lot before he could humiliate her by selling them or putting them on the Internet. Pete could do what he wants with them.”

As for the video clips previously posted online, the source added, “If they made that public, just think what could be on the tapes they held back.”