Jessica Alba, Claudia Schiffer and Rupert Everett were among celebrities attending a ballet performance at La Scala in memory of the Italian designer Gianni Versace. 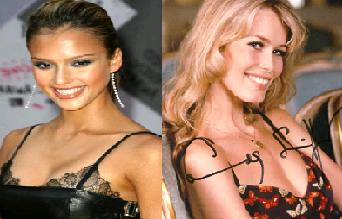 The ballet Sunday night was the highlight of a series of events marking the anniversary of Versace’s death.

Called “Thank you, Gianni, with love,” the ballet was written by choreographer Maurice Bejart, who enjoyed a long professional collaboration and close friendship with Versace. It featured stage costumes designed by Versace over the years, as well as some created for the occasion by his sister Donatella, who took over design at the fashion house upon his death.

Gianni Versace was killed outside his mansion in Miami Beach, Florida, on July 15, 1997.