Katie Holmes was spotted shopping with her daughter, the adorable Suri Cruise, at Jacadi on Madison Avenue in New York City on Monday, May 5. 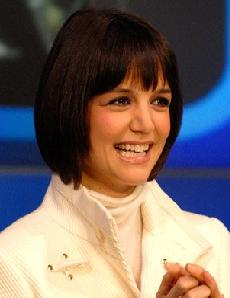 Katie Homes is reported to be in talks to star in a Broadway show.

If the deal goes through, she will play Ann Deever in Arthur Miller’s All My Sons that is anchored by John Lithgow and Dianne Wiest. She will also have to relocate to NYC.

Simon McBurney “loves her” and even though her role is not substantial, it will be effective stunt casting to draw the curious.