Katie Holmes, a Hollywood actress, silenced rumors that she is pregnant with her second child by showing off her svelte figure in a racy swimsuit on the French Riviera on June 19. 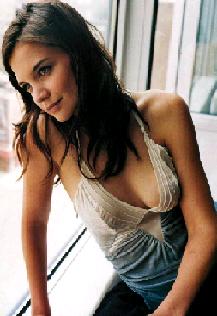 The third wife of Tom Cruise was reported to be in the early stages of pregnancy after she appeared to be sporting a rounded stomach as she left a Madrid, Spain restaurant after dining with celebrity pals David and Victoria Beckham on June 17.

The couple, which tied the knot last November 2006, already has a 14-month-old daughter Suri, while Tom Cruise has two adopted children Isabella and Connor, from his second marriage to Nicole Kidman.

Following the pregnancy reports, Katie Holmes flashed her slim line figure to paparazzi as she played with Suri in the sea at the Cap D’Antibes beach resort. The couple’s spokesperson revealed, “They are not expecting their second child.”