Actor Tom Cruise and his wife Katie Holmes want another baby in their family – but will it be a girl or a boy? 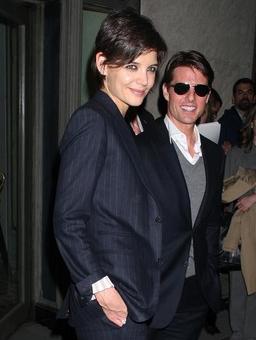 According to a magazine report, Tom Cruise’s adopted son with Nicole Kidman, Connor, wants a brother – and since Nicole Kidman may not have any more children, it could be up to Katie to give Connor the baby brother he wants.

Nicole Kidman explained: “[He] would like one of us to have a boy. He wants that boy. Katie?”

A friend of Nicole Kidman revealed: “At 41, Nicole knows she’s not likely to have another baby. It’s obviously up to the much younger Katie to give Connor that baby brother.”

So how would Tom and Katie feel about giving daughter Suri a baby brother?

A friend added: “Katie and Tom very much want another baby. There may be no better time than now for Katie to get pregnant again and absolutely nothing would make Tom happier.”