There is a speculation that Katie Holmes, a star of “Mad Money”, has been secretly talking to pastors about her child’s upbringing. It was reported that she wants to enroll her one-year-old daughter Suri into some classes when her daughter is older to learn about the faith. 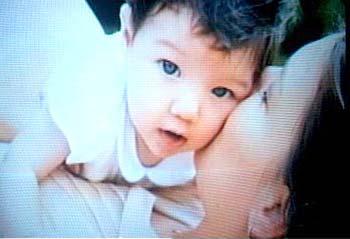 The 28-year-old actress, who was raised as a Catholic, gave up her religion and embraced the strange sci-fi cult when she met in Tom Cruise in 2005. After meeting Tom, it was reported that the actress had broke off ties with her old friends in Ohio, while her relationship with the actor allegedly caused a rift with her parents.

Sources claim Katie has got back in touch with her childhood pals to “quietly reclaim parts of her past.”

A source revealed, “She wanted to speak to someone not in Camp Cruise. Katie told her close friend Meghann she couldn’t believe she abandoned her old life.”

There is another speculation that Katie Holmes plans to visit her hometown with Suri this summer and has invited her parents to the “Mad Money” film set.

A family friend said, “She’s trying to make amends with her family.”