Katy Perry and Orlando Bloom appeared to be going strong despite the split reports. 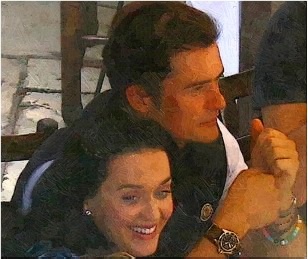 The couple became the center of speculation that they broke up. Fortunately, the singer posted Thanksgiving pictures, which showed that she was still together with the actor. They were having a Thanksgiving family dinner with the singer’s sister, mother and father in Santa Barbara. One picture showed the father was wearing a checkered outfit and the singer wrote a caption: “You don’t choose your family but I can’t quit em now.” Meanwhile, Katy used her Twitter to speak up in support of the Standing Rock Sioux Reservation and their protest of the Dakota Access Pipeline. She also urged her followers to take a moment to familiarize themselves with what is going on in North Dakota.