Katy Perry revealed that she has a promised happiness to herself after taking a trip to Disneyland on Saturday. 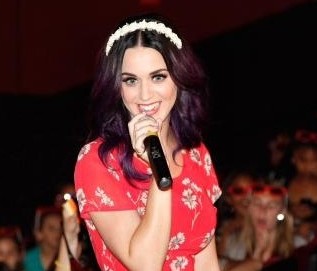 The 27-year-old pop singer is eager to enjoy her trip to Disneyland and even posted a dinner photo on Twitter. In other news, she was reportedly dumped by John Mayer after few weeks of dating. Meanwhile, Katy managed to avoid John’s advances for a long time until she believed that “Your Body Is A Wonderland” singer is a changed man. Unfortunately, John had dumped her and he recently flaunted shorter hair over the weekend.