Khloe Kardashian fights back after a transgender filed a lawsuit against her after the 2009 scuffle. 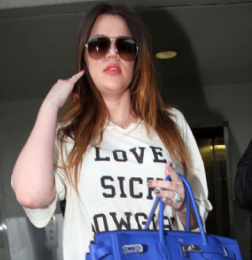 The reality star reveals she didn’t do anything wrong because it is only self-defense. She filed the response in L.A. County Superior Court, where she indicates that Chantal Spears deserved it after provoking her. According to Chantal’s lawsuit, Khloe attacked her outside a Hollywood nightclub in 2009 because she told Lamar that he was too young to be married.