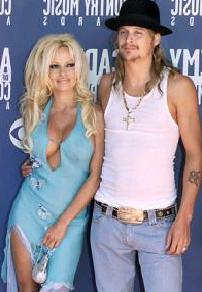 The singer, who appeared on a U.S. radio show about his fight with Pam’s former husband, Tommy Lee, also make a comment on his divorce.

He revealed, “The best thing I ever did. I went through what I went through, and there’s no doubt it wasn’t love – we went through all these things, but then coming out of it pretty much unscathed.”

He added, “After uprooting my son and a lot of things, it’s like, ‘Thank god I’m out of this.”
He also gives a caution to people not to believe Anderson when she portrayed him as a terrible husband, saying, “It had zero to do with her. Of course, she’ll tell everyone she was the victim in it, like always.”