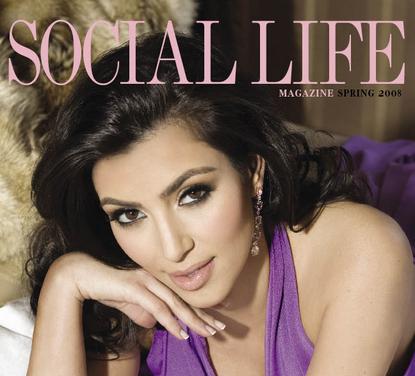 The “Playboy” model, which was the cover girl for Social Life Magazine’s Spring 2008 issue, was also busy with her reality television show “Keeping Up with the Kardashians”.

She revealed, “It was so glamorous! Oprah’s jeweler came to lend pieces for the day! My reaction to the top-of-the-line was OMG!!! That was an amazing experience.”

The brunette beauty, who went to New York City for the photo shoot, recently released a workout DVD with a title “Workout with Kim Kardashian”, and a set of workout cards with the help of trainer Kathy Kaehler.

The socialite is currently dating NFL player Reggie Bush, a member of the New Orleans Saints and the 2005 Heisman Trophy winner. Her boyfriend also made several cameo appearance on “Keeping Up with the Kardashians” in 2008.