Kim is reportedly upset after her picture ended on the cover of Turkish Cosmopolitan. 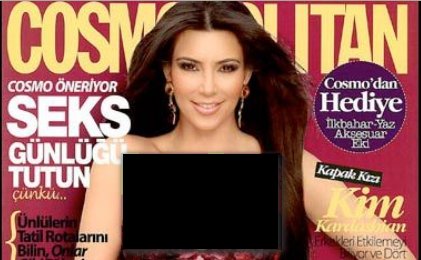 It is because Turkey previously committed genocide on Armenian people. Although Cosmopolitan let Kim’s people know which international outlets would use her photo, they never mentioned Turkey to the reality star or her representatives. Sources revealed that Kim would never approved the use of her photo in the Turkish issue.