Kim Kardashian and Kanye West were rumored that they are planning to divorce in the midst of the marriage problems. 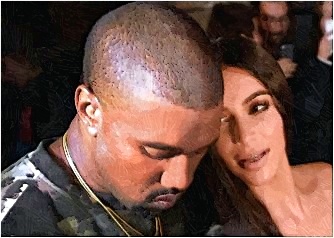 Fortunately, a source revealed that the speculations were totally inaccurate because the brunette beauty did not have any plans to divorce the rapper. Rumors were suggesting that the 36-year-old reality star was thinking of leaving her husband because of the robbery and the recent hospitalization incidents. A report claimed that Kim wanted Kanye to continue therapy and they are believed to be living separately at the moment. Meanwhile, the celebrity couple celebrated the first birthday of their son on December 5.