Kim Kardashian talked about her Vogue cover, which sparked controversy and criticism, on Tuesday’s “Late Night with Seth Meyers. 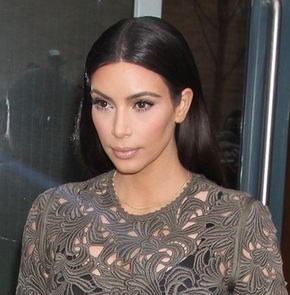 The reality star shrugged off the complaints, which suggested that she and fiance Kanye West are undeserving of the honor. She insisted that her fiance is the first rapper and she is the first reality star so they are the first interracial couple. Although bride-to-be felt to be very honored, she and her fiance had no idea that they would get the cover spot. She also photo shoot a secret from her sisters and her daughter peed on Kanye on one of the pictures. Meanwhile, the rapper appeared on “Late Night” last month.