Mila Kunis is believed to be having her first child with fiancé Ashton Kutcher. 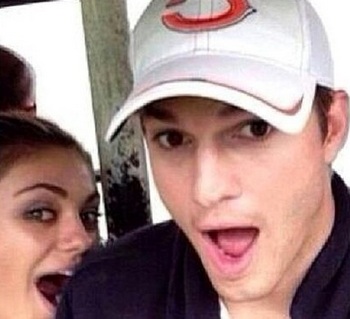 The 30-year-old actress is expecting a baby with the 36-year-old actor, to whom she got engaged after two years of dating. Meanwhile, the couple set to star in a sitcom since the will share the screen in upcoming episode of “Two and a Half Men,” where Mila is going to be Vivian. Her role is a free-spirited traveler who becomes a love interest for Ashton’s character.