Kim Kardashian has already posed for Playboy magazine, which is set to hit the cover of the December 2007 issue. 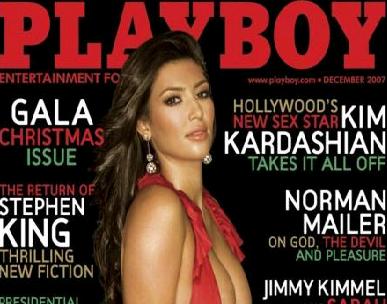 The rumored cover of the December issue has leaked into the net. Some photos of the Playboy photo shoot and the behind the scene video are already previously leaked. You could see the other stunning Playboy photos of Kim Kardashian here.

Kim Kardashian, who is also “Keeping Up with the Kardashians” beauty, has previously revealed that being the cover girl for Playboy’s December issue apparently does not indicate that she is a wild child.