“American Idol” winner Kris Allen is already thinking about getting into politics. 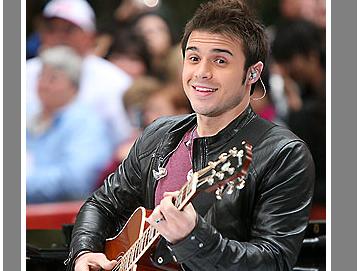 Huckabee, who ran unsuccessfully for the Republican presidential nomination last year, backs up Allen on bass for The Beatles’ “Yesterday.”

During the appearance, Allen asks: “Maybe someday I could be the Governor of Arkansas, right?”

Huckabee replies: “It’s a great gig. It really is.”