Kristen Stewart was spotted arriving at LAX airport in Los Angeles on June 6. 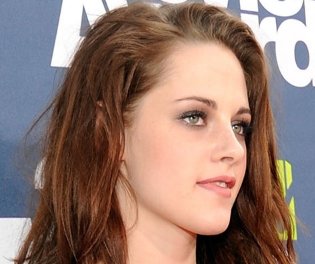 The “Twilight” actress kept covered up with the help of a security staffer as she readied for the outbound flight. During MTV movie awards, Kristen was doted the award for Best Female Performance by presenters Ashton Kutcher and Nicki Minaj.