A very hot-blooded Kristen Stewart described how good it felt to be bitten by Robert Pattinson. 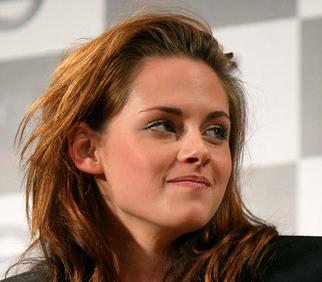 As Pattinson and Taylor Lautner looked on at a Japanese meet-and-greet while promoting the film last week, a nervous Japanese fan asked Stewart the question on everyone’s mind.

It took a lot for the Japanese questioner to get the question out. She was stammering and her voice was cracking to such an extent that others in the room was giggling. Finally it came: “How did you feel when Robert bit you?” the fan asked.

Stewart took a playful look at Pattinson to her left and asked: “Well, how do you think it felt?”

Before the answer could he even be translated, she answered her own question. “(It) was so much better!”

Cold fish Stewart? Forget about it. Instant volcanic heat blast. The response had Pattinson blushing and Lautner slapping his knee while the audience broke into waves of wild laughter as it was translated. Even the translators were laughing.

The questioner pressed her luck and asked: “Which was better, being bitten or kissed by Pattinson?” There were more playfully flirty looks by the couple in question on the podium, but Stewart fell short of answering.

The translator gave the appropriate translation in Japanese. “No comment.”

Well hot-blooded Kristen was fun while it lasted.