Lady Gaga was included in the guests of a Silicon Valley fundraiser for President Barack Obama. 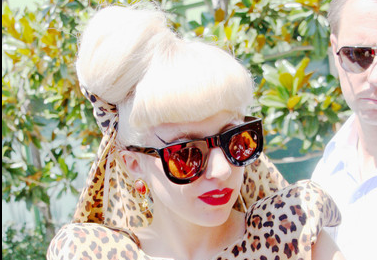 The “Poker Face” singer, who as sporting a floor-length sleeveless lacey black dress, attended as a paying guest. She previously wanted to meet the US president to discuss her concerns about bullying, but it wasn’t clear whether the two would be having that discussion. Meanwhile, Lady Gaga and President Obama looked like they’ve crossed paths during greetings inside the house before the dinner.