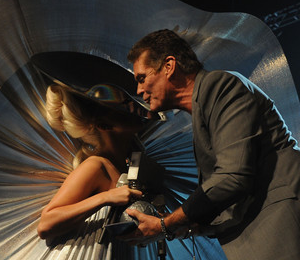 The “Poker Face” singer received the award for Best Female from David Hasselhoff during the show, which happened on November 6 at the Odyssey Arena in Belfast, Northern Ireland. She also got the award for Biggest Fans. She tweeted that she was warming up with choreographer Richard Jackson until the last moment.