The creator of hit television show “Hannah Montana,” who called on the press to leave Miley Cyrus alone, insisted that the media is unfairly scrutinizing her life. 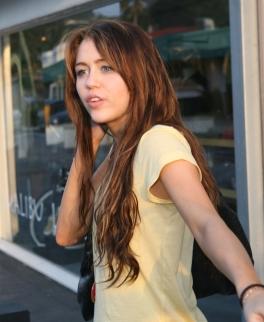 The 15-year-old teen sensation, which shot to international fame on the Disney Channel program, has been hit by a series of scandals throughout this year.

The recent rumor was her controversial Vanity Fair photo shoot and he was accused of inappropriately flaunting her body.

But Michael Poryes, co-creator and executive producer of the series, insists the media should stop giving Cyrus a hard time, as she is just going through the usual stresses of being a teenager.

He revealed, “To say the tabloids are paying attention to her is a very kind way of saying it. It becomes like Miley Cyrus bites her finger nails is news at 11.”

And Michael Poryes revealed that everyone involved with the television show is going out of their way to make Miley Cyrus feel better about herself.