Lindsay Lohan insists that reports, which suggest she was drinking alcohol at a SAG Awards after party this weekend, is not true. 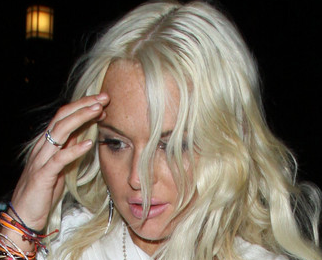 The actress is reportedly thinking of legal choices with her attorneys because false stories seem to sabotage her career moves. Lindsay confirms she went to the after party but she was sitting with Alan Cummings and only drank water. And she denied making-out with Henry at a gas station.