Lindsay Lohan, the star of “Freaky Friday”, is furious after discovering a hacker has reportedly stolen n@ked pictures of her from her personal computer. 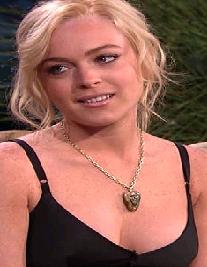 In an alleged fiery gmail chat with gossip website CelebSlam on July 13, the actress accused the owner of stealing the n@ked pictures taken by her former boyfriend Calum Best.