It appears that Lindsay Lohan has finally realized her mistakes. It is because the “Freaky Friday” actress has promised her dad that she will quit films, leave Hollywood and dump Calum Best. 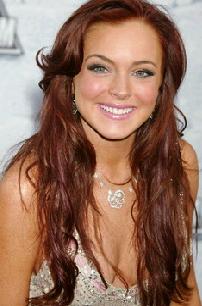 Michael Lohan, who met his daughter for the first time in three years, has revealed that the actress has vowed to steer clear of all the things that led her downhill since she attained stardom.

He revealed, “When we finally came face to face we just clung on to each other and did not stop crying for at least half an hour. Lindsay said, ‘Daddy, I have done some terrible things and been addicted to drugs but please believe me I will never do drugs again. She said she does not want to live in Hollywood as that is where this evil in her life happens. She said, ‘I hate Hollywood and I don’t want to work there. I need a break and I am moving away.’”

He continued, “She said ‘I will stop hanging round with people who are bad for me.’”

He added that after leaving rehab, his daughter would head for the east coast to her family, and not to Los Angeles, adding, “You only have to look at the poor state Britney Spears is in at the moment to know living in Hollywood is not good for these young girls.”