Lindsay Lohan, who recently left rehab last month after being treated with alcoholism, expressed her desire to play the role as Princess Diana in a movie about the late royal’s life. 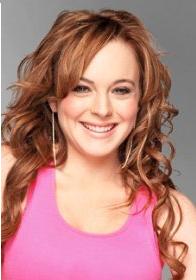 The star of the movie “Mean Girls” turned out to be a big fan of Princess Diana and would love to portray her in a movie. Her mother Dina recently compared her to the late princess because she is harassed by the paparazzi.

Lindsay Lohan, 20, revealed, “It would be fantastic to play her. She gave back a lot and was such an amazing woman.”

The young actress would also plan to do some charity work. She revealed, “I’m going to Japan soon with my friend Charlotte Ronson, who’s a designer, and I’m researching some charity work that I can do and visit some orphanages.”