Pink, the singer of “Stupid Girls”, made a kissing promise after she had seen a pile of her latest CDs on a shelf at a Los Angeles record store. 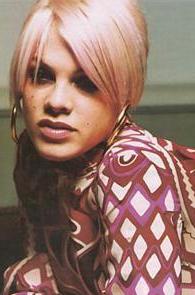 A source revealed, “Pink shouted, ‘I’ll kiss anyone who buys one of my CDs!’ Within seconds there was a queue of guys lined up holding her new record.”

A source added, “She kissed every single disc – leaving a red lipstick imprint of her lips behind. But one wise guy insisted she keep her promise and give him a proper kiss.”

Did the singer kissed the guy? A source revealed, “She tried to duck out of it but then grabbed his face and planted a smacker on his lips.” A source even added, “She asked, ‘How was that?’ and he said, ‘I’ll take two’!”