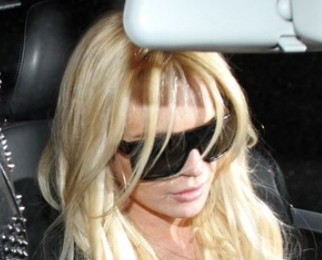 The “Freaky Friday” star was definitely inside the 1-Oak nightclub but sources revealed that the actress wasn’t drinking anything alcoholic or she did not even order a single drink.

Lindsay revealed that she also went to Simyone Lounge with her friend who owns it.