Lindsay Lohan, who is free on $75,000 bail pending an appeal of the 120 days in jail, was interviewed by Jay Leno for The Tonight Show. 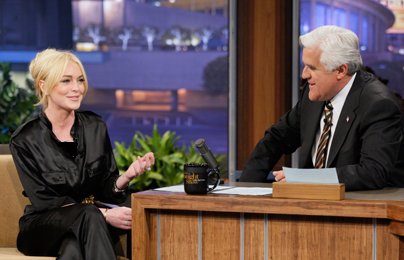 The “Freaky Friday” star, who wore satiny black jumpsuit, had a movie role to talk about in addition to other stuff. Maybe Jay could ask her about Lindsay’s current predicament since she got trial on misdemeanor theft charge with 480 hours of community service.