Dina, mother of Lindsay Lohan, will “set the record straight” about her showbiz family in a new reality show. 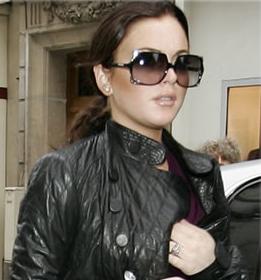 Dina Lohan would showed off her life as manager of Lindsay and her other daughter Ali’s showbiz careers and she promises her A-list offspring will make an appearance to boost ratings.

She continued, “Lindsay will be in and out of the show. She’s my daughter!” But Dina’s ex-husband Michael is skeptical of the role his elder daughter will play in the show – and insists he is having nothing to do with it.”

She added, “Lindsay told me ‘absolutely not’ when I asked if she was going to be involved. “I don’t have any interest in that. I’m working for the church and I’m working on a mission for a crisis center.”