Michael Lohan, father of Lindsay, is too scared to watch his daughter’s new movie after storming out of a screening of her last film Georgia Rule when she appeared in a sex scene. 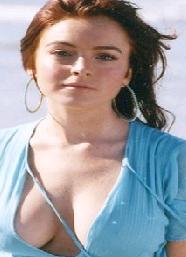 The estranged dad couldn’t tolerate to watch the 21-year-old in love scenes and fears “I Know Who Killed Me” will leave him fleeing the movie theater in tears.

He revealed, “I go to every one of her movies. I had to leave Georgia Rule – during a couple of scenes I ran out of the theater. I don’t want to see her in a sexual context; even if she’s acting, she’s my daughter first. And I Know Who Loved Me (sic) – I don’t even know if I’ll go to see that. If someone goes, and warns me ahead of time, ‘Michael, get out of the theater – something’s coming up,’ then I will.”