Macaulay Culkin sparked dating rumors with Brenda Song after being spotted together in Paris. 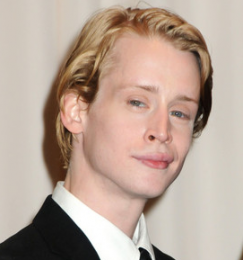 The 37-year-old actor was linked to his “Changeland” co-star when they shopped together in a romantic city just days before Thanksgiving. The 29-year-old star was holding a big teddy bear, which seemed to be a present from Macaulay. The actor was holding Monoprix shopping bags. Brenda expressed that she never want to leave Paris on her Instagram. Although the celebrity pair has not confirmed that they’re dating, it was not the first time that they have been seen together. They were spotted having dinner at Craig’s in Los Angeles in July. They were also together in a group photo the following month.