Madonna was presented by audience member with a hydrangea but she was caught voicing her disgust at the gift. 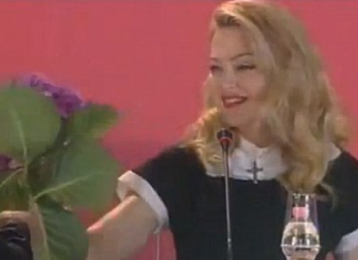 The singer smiled and thanked her fan but she quickly put the flower under the table. While her press conference microphone was left on, Madonna remarked that she absolutely loathe hydrangeas and the fan obviously didn’t know that. The incident happened at the Venice Film Festival press conference for her new film W.E.